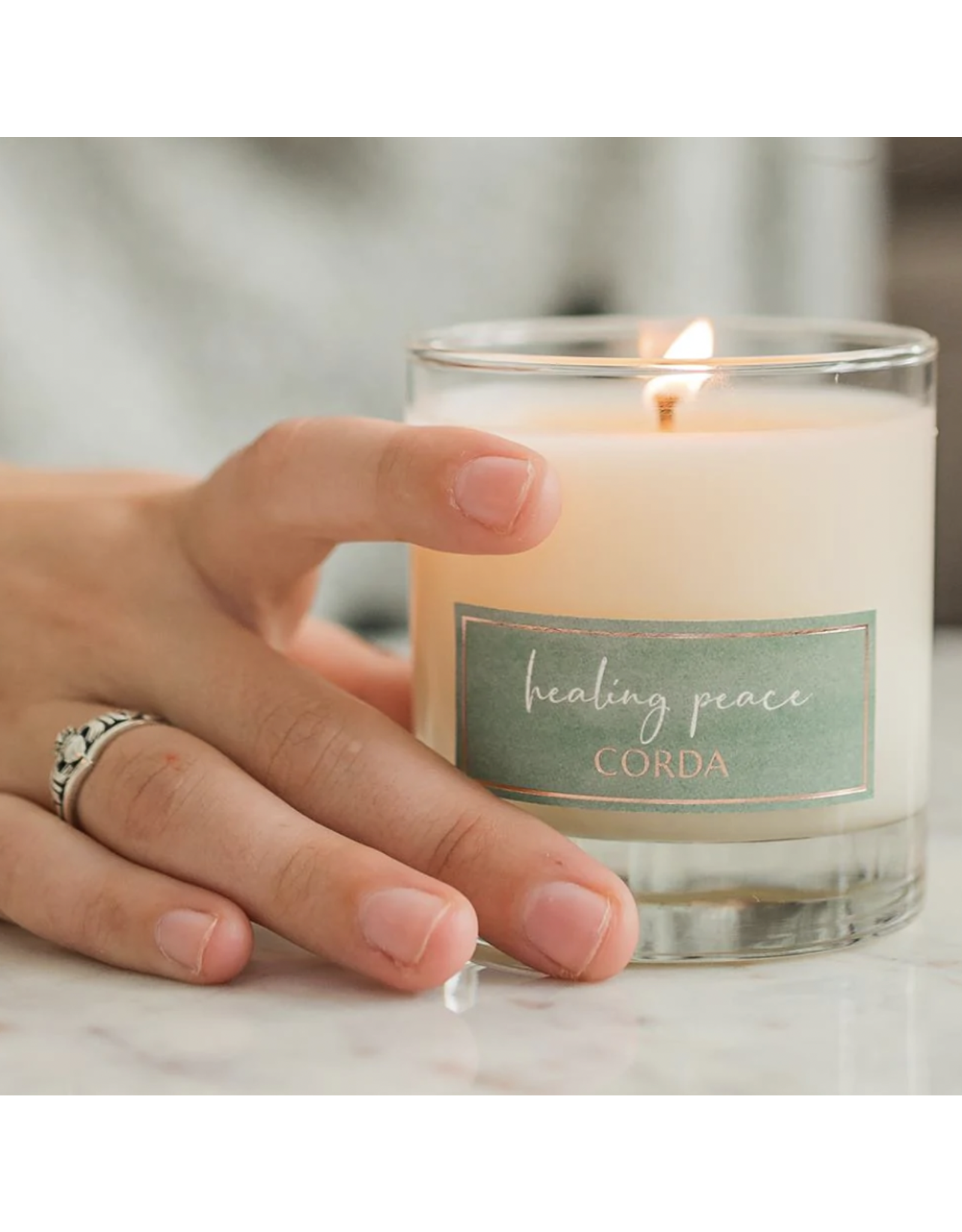 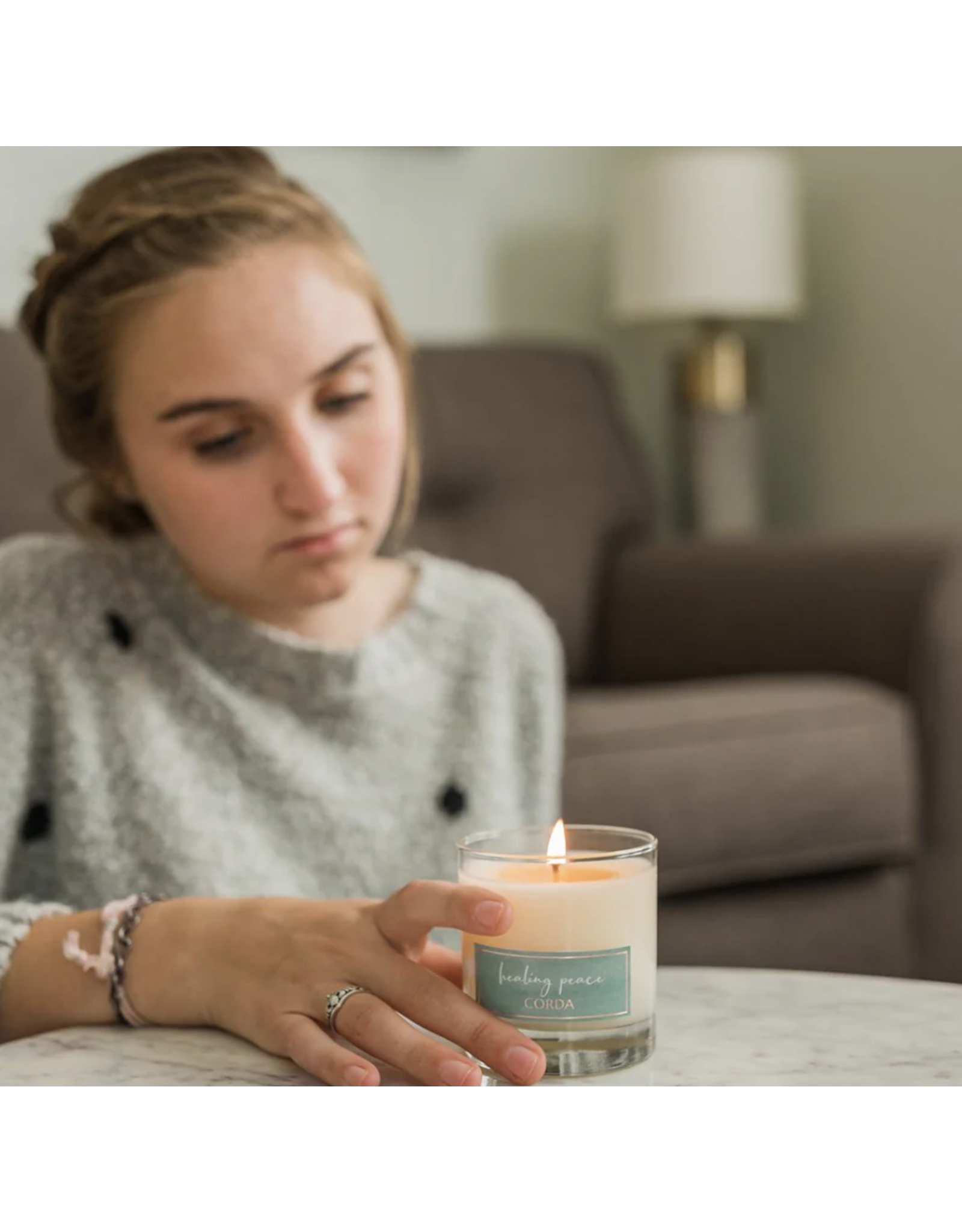 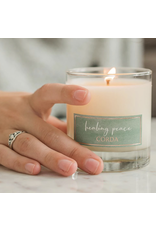 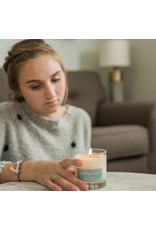 Close
These restorative scents of lemon and barbershop are inspired by St. Martin de Porres.
Behind the Inspiration
Born in Peru in 1579, Martin was the child of unmarried parents: a father who was a Spanish nobleman and a poor mother who was of indigenous or African descent. His father abandoned the family, leaving Martin to be raised by a single mother. When he was 12, he was apprenticed to a surgeon/barber and he worked to help support his mom and sister.

Around this time, he also began volunteering at a Dominican priory, doing the most menial of tasks. Eventually, Martin was welcomed as a brother and he used his barbering and surgery skills to care for the other Dominicans and the poor in the infirmary.

In art he is often depicted with a lemon tree, which signifies the many miracles attributed to St. Martin, even during his life. Part of his work included tending the priory garden and one story tells of a lemon tree that he planted that blossomed and bore fruit year round, providing fruit for the monks and the poor.

He is the patron of racial harmony, those of mixed race, social justice, barbers, hairdressers, public health workers, and innkeepers. Martin's feast day is November 3. 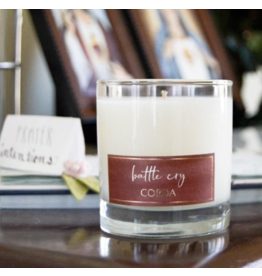 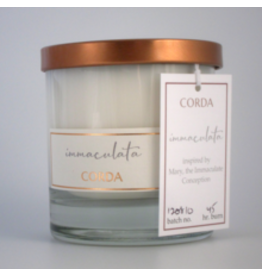 These invigorating scents of citrus, morning dew, and juniper berry are inspired by Lauds, the Morning Prayer of the Divine Office.

Morning Prayer, or Lauds, is the first office prayed after rising for the day. The fresh scen
Corda Candle - Lauds - Morning Prayer
$22.50 These soothing scents of mint, eucalyptus, and sage are inspired by St. Teresa of Avila, a mystic and a Doctor of the Church. She is the patron saint of headache sufferers and those who have suffered the loss of a parent. Her feast day is October 15.
Add to cart
Corda Candle - Mystic Bliss - St. Teresa of Avila
$22.50 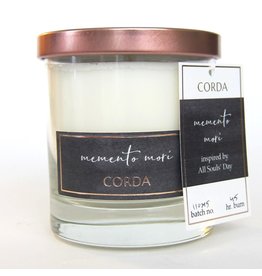 These somber scents of clay, stone, and stillness are inspired by the feast of All Souls' Day, observed on November 2.
Add to cart
Corda Candle - Memento Mori - All Soul's Day
$22.50