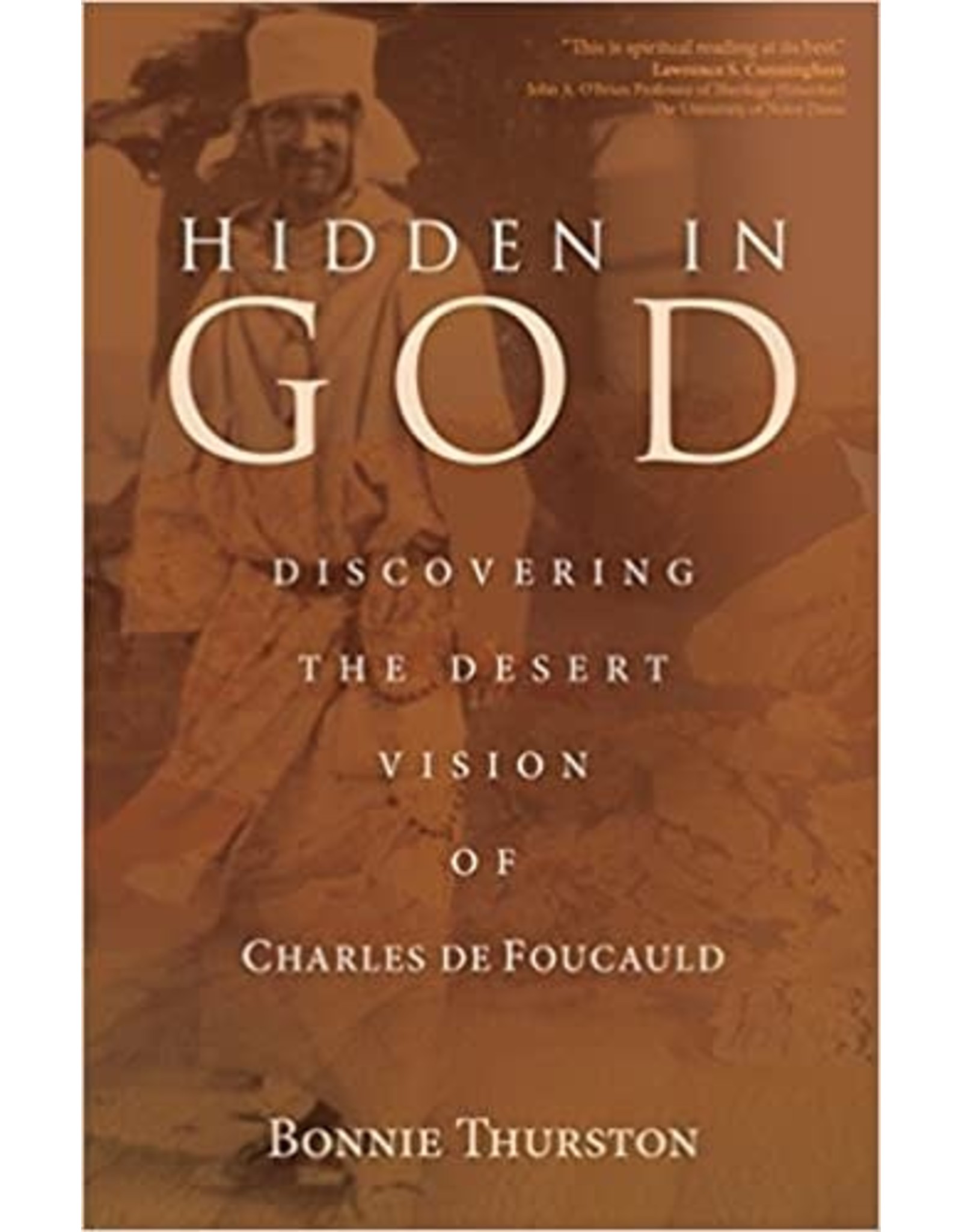 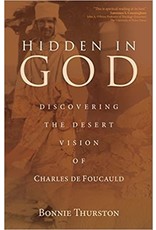 Blessed Charles de Foucauld (1858-1916) was a complex man. Born into French aristocracy, he floundered as a military officer, but rediscovered his Catholic heritage and eventually lived voluntarily as an impoverished priest/hermit in the Sahara Desert in Algeria. Foucauld wanted to emulate the hidden life of Jesus in Nazareth and in doing so, left a spiritual legacy that attracted such figures as Dorothy Day and author, poet, and spiritual director Bonnie Thurston.

Published in celebration of the one-hundredth anniversary of Charles de Foucauld's death on December 1, 1916, Hidden in God highlights the profound conversion that led Foucauld to embrace the life of a hermit in the Sahara, where he was eventually murdered by a band of marauders.

Foucauld's legacy is an enduring spiritual vision: believe in God, you should live for God and make him your reason for living. Drawing from his letters and journals, Bonnie Thurston explores how the hidden life of Nazareth brings the grace of great closeness to Jesus; the gift of the desert is the grace of complete dependence on God; and the grace of public life is the practice of charity and self-giving. Thurston adeptly demonstrates how these three locations are metaphors for states of spiritual life and ministry and how each one brings both a challenge and a danger. Words of wisdom from Foucauld, as well as questions to ponder and biblical texts to explore conclude each chapter.

Thurston shares how she became enamored with Foucauld for the passionate way he lived his ideals without regard for recognition or success. "I've fallen in love with a dead Frenchman who was a hermit," she admitted to a friend.

Dorothy Day, founder of the Catholic Worker movement, also was attracted to Foucauld's desert spirituality and wrote to Thomas Merton and others about Foucauld's spiritual influence.