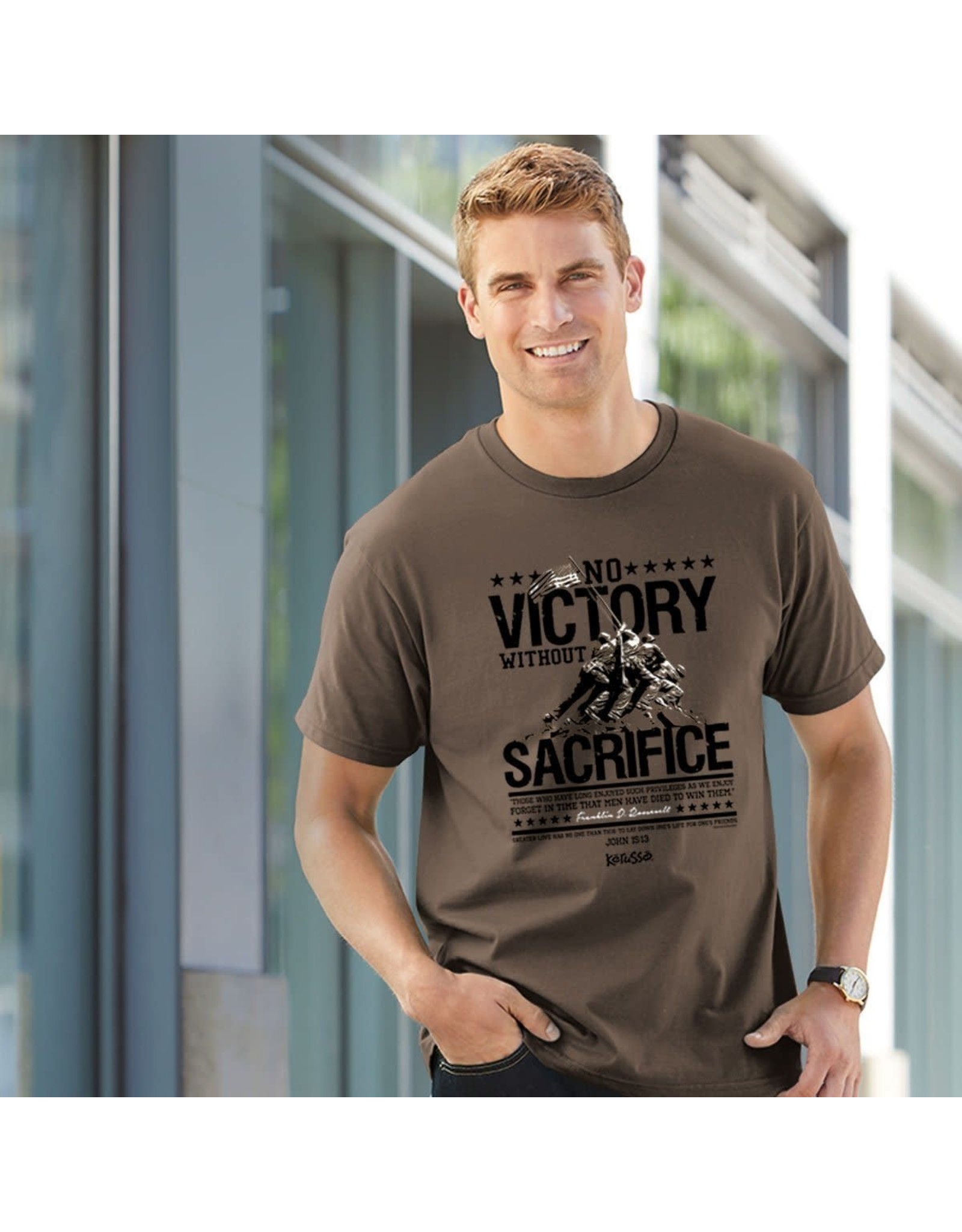 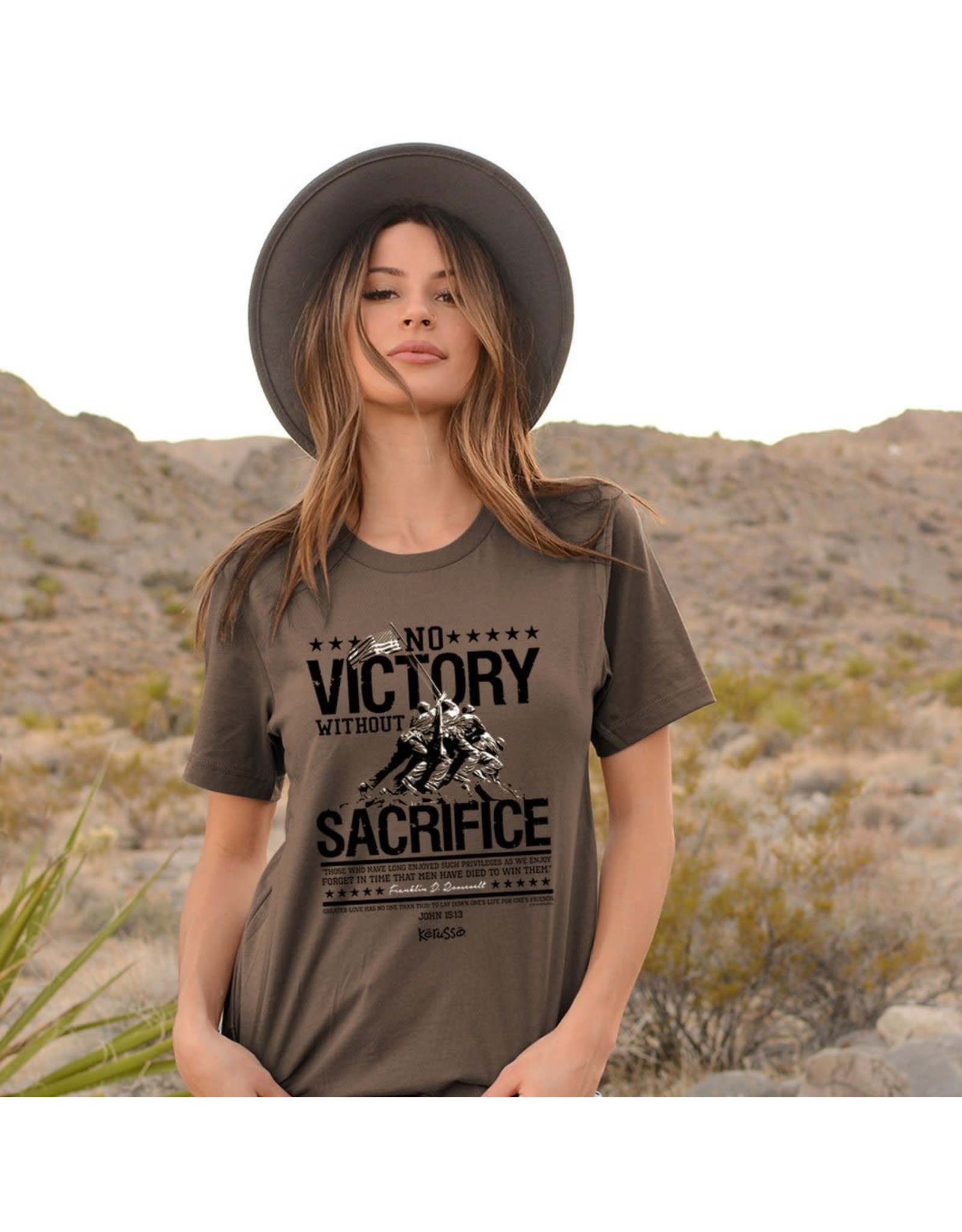 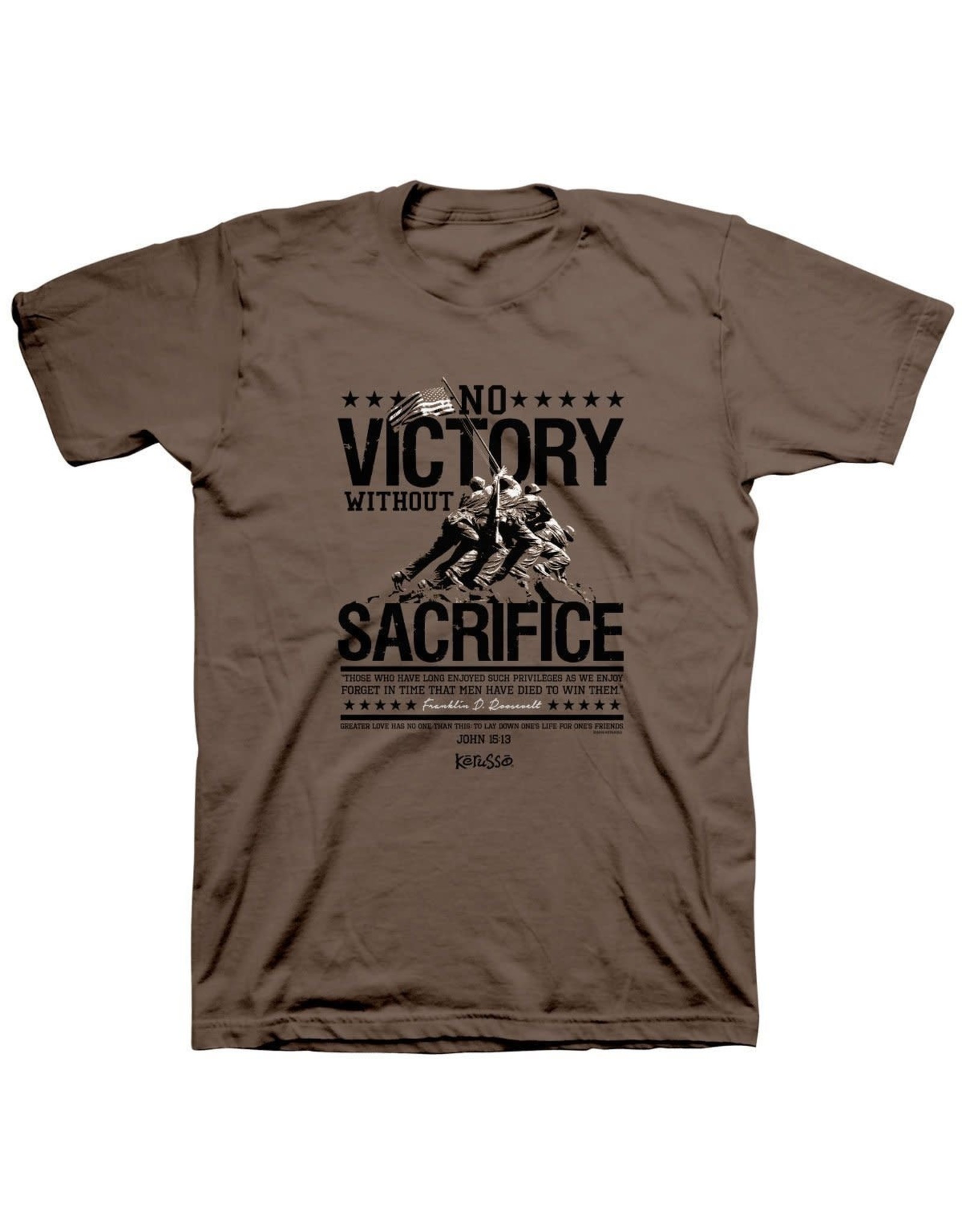 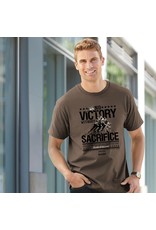 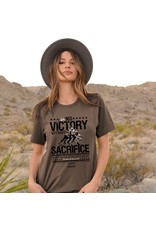 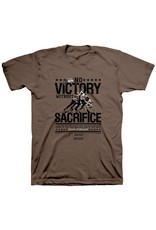 Honor the history of the men and women who fight for our freedom in this Kerusso® “Roosevelt” T-Shirt in Brown Savannah. President Franklin D. Roosevelt said, “Those who have long enjoyed such privileges as we enjoy forget in time that men have died to win them.” Never forget that the basic freedoms we so often take for granted were paid for by those who pledged to keep us safe.

John 15:13 says, “Greater love has no one than this: to lay down one’s life for one’s friends." God calls some of us to be teachers, electricians, musicians, homemakers...and He calls some of us to stand up for their country as members of the United States Armed Forces. When you get the chance, thank a soldier — and thank the Lord for calling these brave people to the noble, often dangerous work they choose to do.

Remember those who have made the ultimate sacrifice to protect our nation, and pray for soldiers at home and abroad who continue to fight the good fight on our behalf, for their families, and for our nation’s leaders. 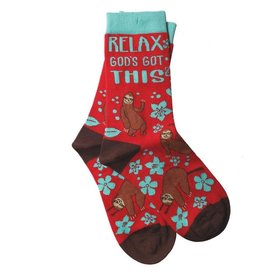 Slow your roll, smile, and give God control in these charming “Relax Sloth” Socks by Kerusso® in Red. Why worry, scurry, and live life in such a hurry when we know the Lord is with us, and guiding our footsteps? These bright socks are a reminder that God
Add to cart
Bless My Sole Socks - Relax Sloth
$10.00 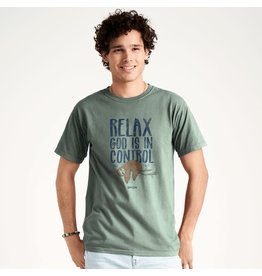 
Encourage weary travelers on the road of life in this “Relax Sloth” T-shirt in Sagestone. Bone-tired or just spun-out by life, scores of people need to know that they aren’t alone and they aren’t failures. They
Add to cart
Adult Shirt - Relax Sloth
$20.00 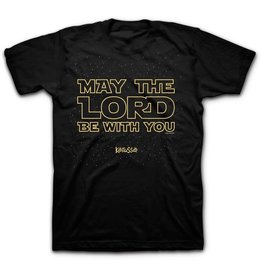 Force out the dark. Side with Jesus Christ, and His promise of everlasting life will be yours! Now may The Lord of peace Himself give you peace at all times and in every way. The Lord be with all of you. -2 Thessalonians 3:22This new t-shirt displays glow
Add to cart
Adult Shirt - May the Lord be with You
$20.00 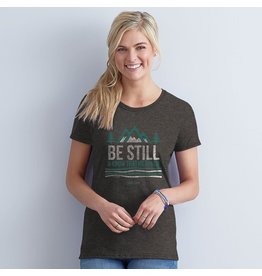 Quiet your heart and mind and ponder the majesty of God’s goodness in this “Be Still and Know” Kerusso® T-Shirt in Tweed. We serve a mighty God who created the mountains, the depths of the ocean, the sky itself and every living thing...and amidst this spl
Add to cart
Adult Shirt - Be Still and Know
$18.00 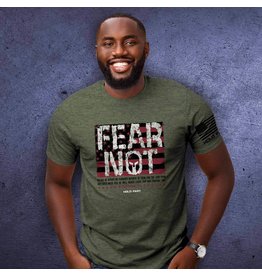 Show the world what you’re made of in this rugged “Fear Not Flag” T-Shirt in Military Green Heather by HOLD FAST®. The Lord doesn’t give us a spirit of fear, but of courage and strength. When God is with you, nothing can hold you back. T
Add to cart
Adult Shirt - Fear Not, Flag
$20.00 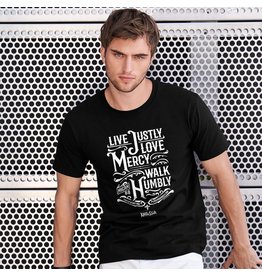 
Walk the walk in this “Live Justly” Kerusso® T-Shirt in Black. God asks us to set aside the lower points of our character when we take up the cross and follow Him. God’s Holy Word, the Bible, shows us
Add to cart
Adult Shirt - Live Justly
$18.00 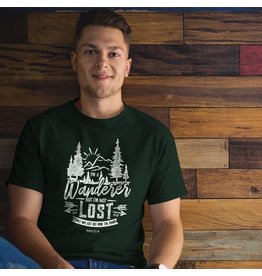 Find holy direction in this “Wanderer” Kerusso® T-Shirt in Forest. Sometimes in life, we feel lost — untethered to what matters most, wondering which direction to turn, and holding out hope that help will find us. Without a North Star to look
Add to cart
Adult Shirt - Wanderer
$18.00 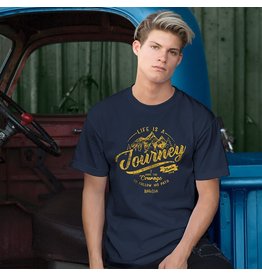 Where are you going? Share your journey with Jesus in this navy-colored “Journey” T-Shirt by Kerusso® — a great looking, classic tee that puts your faith front and center. It’s an awesome way to share the Good News.