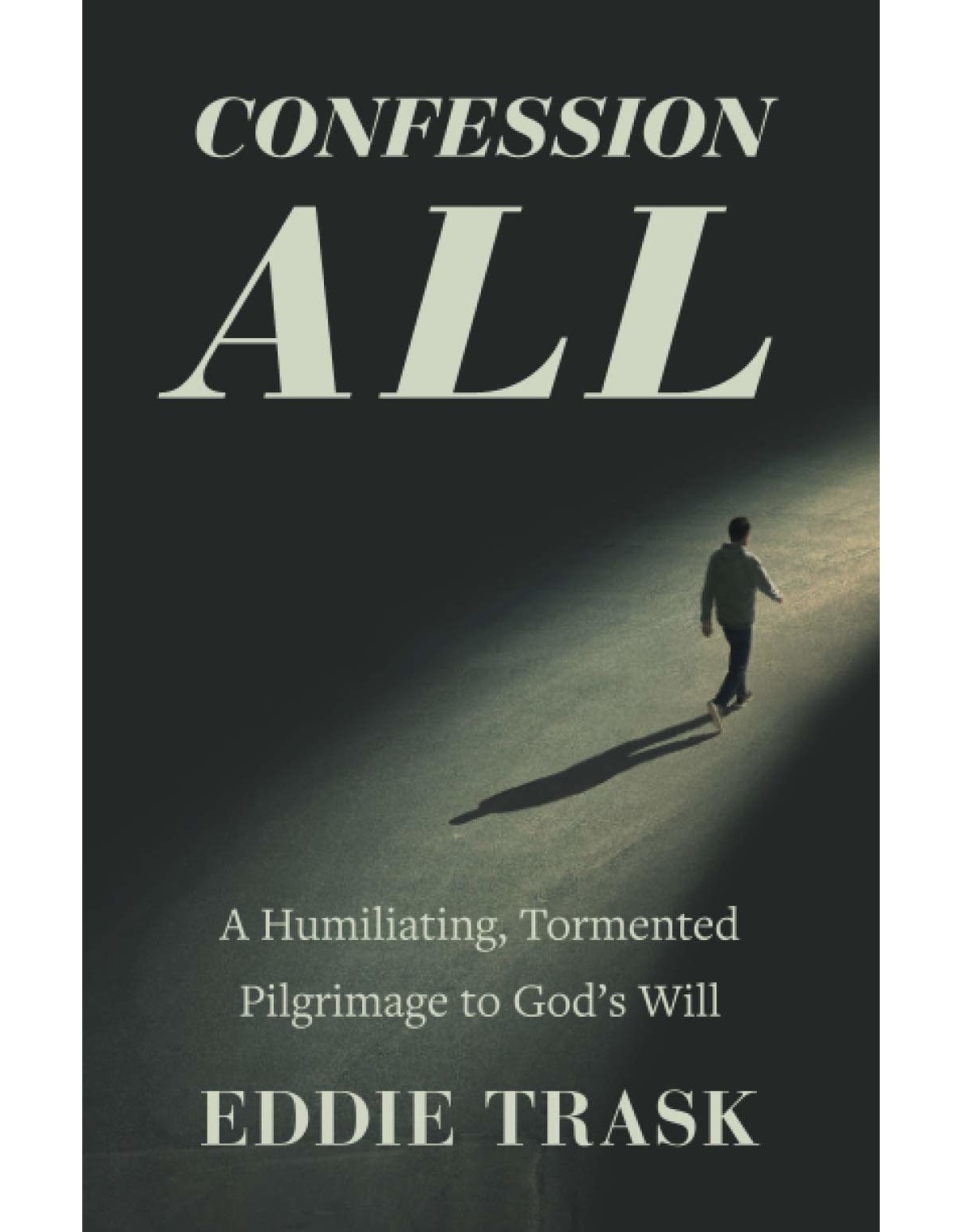 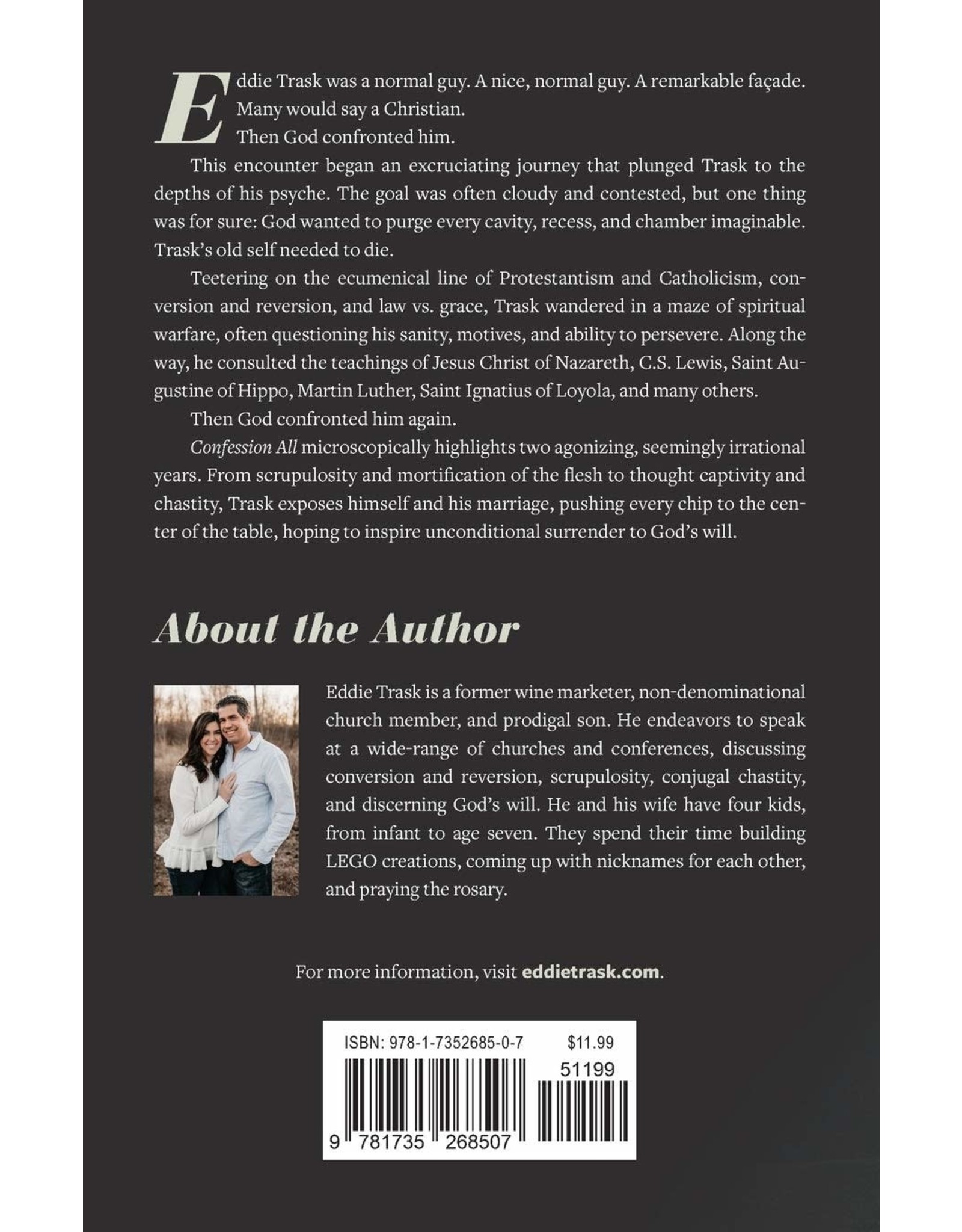 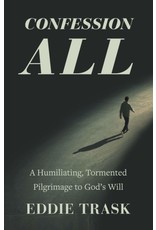 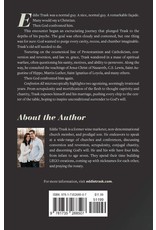 Then God confronted him.

This encounter began an excruciating journey that plunged Trask to the depths of his psyche. The goal was often cloudy and contested, but one thing was for sure: God wanted to purge every cavity, recess, and chamber imaginable. Trask’s old self needed to die.

Teetering on the ecumenical line of Protestantism and Catholicism, conversion and reversion, and law vs. grace, Trask wandered in a maze of spiritual warfare, often questioning his sanity, motives, and ability to persevere. Along the way, he consulted the teachings of Jesus Christ of Nazareth, C.S. Lewis, Saint Augustine of Hippo, Martin Luther, Saint Ignatius of Loyola, and many others.

Then God confronted him again.

Confession All microscopically highlights two agonizing, seemingly irrational years. From scrupulosity and mortification of the flesh to thought captivity and chastity, Trask exposes himself and his marriage, pushing every chip to the center of the table, hoping to inspire unconditional surrender to God’s will.

Next to the journey itself, compiling Confession All was the most difficult project I’ve ever tackled—a sentiment which my wife, Ashley, shares. Somehow, however, in spite of all the pain and heartache, she became my best friend, helper, and editor. The fact that she was willing to go back in time and revisit every last confession, enemy attack, trigger, and thorn is extraordinary.

We agree there is only one reason to persevere through such torment: the pursuit of God and His Kingdom.

After passing through such an unconventional trial of scrupulosity, spiritual warfare, and discerning God’s will, it is only fitting that I confess to you, too. You might as well know all of me. The old me. The confused me. The dysfunctional me. The façade me. The exposed me. And the new me.

Despite the apparent unhealthiness of it all, I was constantly convicted of which routes I was supposed to follow or avoid, regardless of how careless or idiotic it seemed. I simply know, to the best of my ability, that God permitted the following story to play out. I believe He allowed me to plumb such depths in order to comprehend the intricacies of men, women, marriage, and the Protestant Reformation. However, only He knows the true purpose.

I do not desire to have husbands follow my lead and vomit on their spouses every sin they’ve ever committed. I only desire to share my story and hopefully have bits and pieces resonate with others. What anyone chooses to do with it is between them and the Holy Spirit.

No doubt, writing this book was at times cathartic, but it often served as an additional challenge, forcing me to constantly stare at and critique my weaknesses. As a result of my introspection, journaled thoughts, and attempts at writing a candid narrative without embellishment, the book itself is probably too meticulous for some readers. It is raw. It is as real as I can tell it. And in all its disordered and self-absorbed glory, it was my life.

The amount of detail is reflective of the mental torture Ashley and I endured during my scrupulous metamorphosis. Consequently, I will not run from it or conceal it. Instead, I feel called to cast light on it, while inviting others to inspect me and my motives with a magnifying glass.

The often hazy and ludicrous journey is nauseating, and may be emotionally overwhelming for some, but if you stick with me, I assure you there is hope, clarity, and redemption on the other side.

The narrative is quite non-linear and episodic, appropriately mirroring my brain during such a journey. If you get lost along the way, I’ve included a chronology.

As you dig into this book, here’s a simple reminder: do not try this at home.