Saint Nicholas & the Mouse of Myra 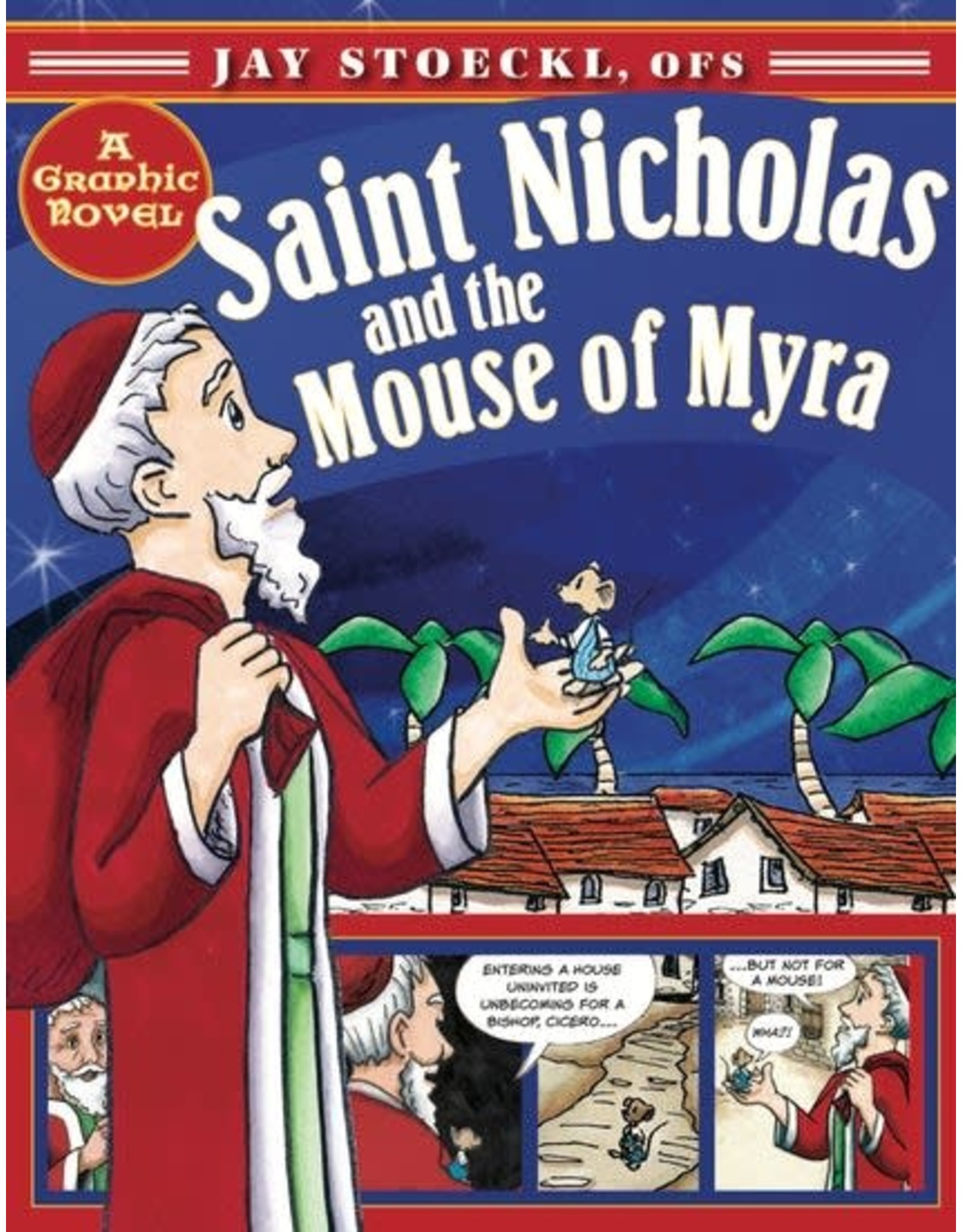 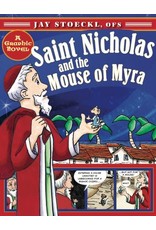 “Was there a real Saint Nicholas? Is he more than the character seen in malls during the Christmas season? Children in elementary and middle school will delight in discovering that the beloved figure was a real person who lived in the late third and early fourth centuries. He was a man of faith who learned that a spirit of generosity and caring is part of being a faithful Christian. Jay Stoeckl has skillfully written and illustrated his graphic novel in chapter-book form. He even gives Nicholas a friendly companion—Cicero, the philosopher-mouse. Cicero, dressed in a tiny Greek toga, helps his friend through his journey from young lad to priest and defender of the faith. A scripture verse for each chapter focuses on the main lessons Nicholas learns along the way. Saint Nicholas and the Mouse of Myra is an excellent graphic novel for Christian youth.” —Mary Lou Henneman, Congregational Libraries Today

“A while back, my son and I thoroughly enjoyed the book Saint Francis and Brother Duck by Jay Stoeckl, OFS.  This year, together we’re reading his new book Saint Nicholas and the Mouse of Myra.  Like its predecessor, Saint Nicholas and the Mouse of Myra is a graphic novel about the spiritual journey of a saint.  Like its predecessor, it also features an adorably-drawn animal sidekick to help convey the story of the saint in question.  The mouse in this book is full of personality, cheeky and smart and frequently challenging Nicholas to explain his life choices in a way that allows for the saint’s beliefs to unfold easily throughout the story. The book moves along at a nice pace and is a very engaging and colorful introduction to the saint upon whom Santa Claus is based; I particularly like its message about generous giving to the poor.  It’s a great read for kids eight and up (and for their parents, too — I’m learning a lot about Saint Nicholas that I didn’t know before).” —Ginny Kubitz Moyer, Random Acts of Momness